Mithun Chakraborty one of the famous Superstar, Legendary Actor, Dancer, and on behalf of acting he won the National Award for his very first movie “Mrigya”. He is only one of the actors who saw 4 decades (the 70s to 20s) in her acting career and well known as Disco Dancer. Her iconic style and dance step made him a superstar.

Mithun awarded Filmfare Award from the first movie, he got lots of opportunities in various films, and in his career, he has appeared till now more than 400 movies.

Chakraborty’s birth name is Gaurang Chakraborty but in the film line, he is well known by name Mithun. He was born on 16 June 1950 in East Bengal, Pakistan and his current age is 70 years as of 2021. Some of the hit movies are Pyaar Ka Mandi, Mujhe Insaaf Chahiye, Disco Dancer, and Swarg Se Sunder and there are many lists that never end. His birthplace is Barisal, Bangladesh.

He has two luxurious houses in Mumbai, one house in Kolkata and one Hotel in Ooty. His residence address is Hyderabad, Andhra Pradesh, India.

His Father’s name is Basantokumar Chakraborty and his mother Santirani Chakraborty. He has one brother but unluckily got died in incidence by an accident.

He did higher education from Scottish Church College, Kolkata. After completed graduation, he went to FTII, in Pune to learn acting. After completed his training in acting, he began a career in the film industry.

He is also a black belt champion and done his graduation from Chemistry.

Mithun started filmy career by the movie Mrigya directed by Mrinal Sen. He got the award with this movie, but he had no work and continued to play small roles. He cast in Do Anjane with Amitabh Bachchan and Rekha.

Then worked in Suraksha and Taraaana in 1979, was praised but not hit movie, it was an average movie, but in 1982 miracle got happened, the movie name is Disco Dancer, only through this movie not only he become a Superstar and he also gave a dancer to Bollywood industry.

Dance Dance and Kasam Paida Karne Wale Ki, was one of the super hit movies. This was the era when Amitabh Bachchan turned himself on the way of Politics.

Now he became the number one star of Bollywood and gave hit movies one by one. The best movie is Mujhe Insaaf Chahiye, Swarg Se Sunder, Pyaar Jhukata Nahin, Ghar Ek Mandir and so on.

He also won National Award for the Bengali movie, Tahader Kotha. After that, he worked with low-budget movies and there was a year in which around 30 movies gave. These movies are not good for the box office but ruined very well in small theaters.

He has his own hotel in Ooty, director and producer would get ready to shoot nearby Monarch Hotel, Ooty.

After that, he turned himself into character roles and done best performance in Guru which was directed by Mani Ratnam. Who could forget the movie; Lucky Not Time For Love and Chingari, in which he played best acting skills in this movie.

He won National Award again for best-supporting actor in the movie, Swami Vivekanand.

Mithun hosting a dance reality show telecasted on Zee TV and also performed in the Bengali version of Big Boss and worked in the comedy show “The Drama Company” on Sony TV.

Mithun awarded so many awards in which he honored with National Film fare awards, Stardust Award, Screen Award, and Zee Rishtey Award.

For the movie Agnipath, he awarded for the best-supporting actor (1991) and for best villain award in the movie Jallaad (1996).

Basically, there is no source to talking about her net worth but we assume Mithun Chakraborty’s net worth is approx $40 million and charges around INR 3 crore per movie. 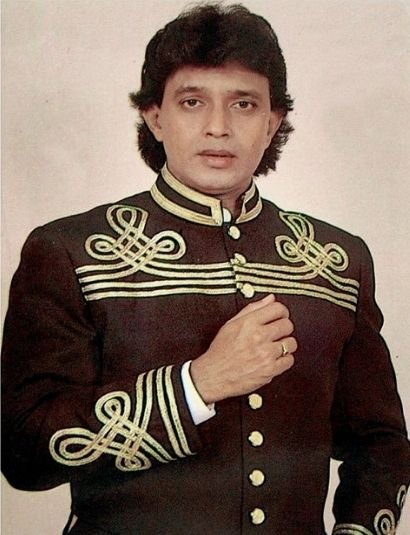 Mithun Chakraborty loves Football and also promote football for his own native Bengal, he is also the co-owner of Royal Bengal Tigers, a cricket team of the Indian Cricket League.

He was brand Ambassador for Panasonic Electronic India, GoDaddy.