Nagarjuna is famous for his Telugu movies, he worked in more than 100 movies including Hindi, Kannada, Tamil, Telugu, & Malayalam movies.
Besides this, he is the most famous and versatile Indian film actor, producer, television presenter, and entrepreneur.

He is one of the most talented and versatile actors in Tollywood. He is right now the topmost highest-paid actor.

His full name is Akkineni Nagarjuna and his nickname is Nag. By profession he is an actor, besides this, he is also a television representer, entrepreneur, and tv hosts-Bigg Boss Tamil season-4.

He belongs to Indian nationality and his home town in Hyderabad, Telangana, India. Sun sign is Virgo, and he was birth on 29 August 1959 in Chennai, Tamil Nadu, India. According to 2021, he is now 61 years.

His father is a famous film actor and producer, named Akkineni Nageswara Rao. He has his own production house and studio which was cast on his mother’s name Annapurna. He lived with his four siblings, Naga Susheela, Akkineni Venkat, Akkineni Saroja, And Akkineni Sathyavathi.

His body build is slim, with height 6 feet 0 inches, in the meter is 1.83 m and weight is 74 kg, in pounds 163 lbs. His brown eyes and black color give decant look and an awesome personality. Body measurement is

Debut as a child artist, in 1967 when he was just 8 years from the movie Sudigundalu. After that his adult debut movie as a hero in 1986, Vikram. He appreciated by is good acting in this movie. After that, he gave successful commercial blockbuster movies.

He also worked under the famous director Mani Ratnam, in the movie Geetanjali, from this movie Nagarjuna’s a new romantic character reveals, and he became a most popular hero, from the movie Shiva he got craze as an action hero.

After that, he appeared with Vamsi, a renowned Telugu actress in the movie Ninne Pelladutha and it come one of the block buster’s biggest romantic movies in Telugu cinema. His movie Akhari Poraatam ran over 100 days in the same theater and it was also the biggest hit.

He is also a co-owner of Maa Tv channel, recently he changed its name into The Star Maa Channel.

Akkineni got married to Lakshmi Daggubati In 1984 Who Is The Daughter Of Daggubati Ramanaidu ( Producer of Ramanaidu Studios).

He has one son named Naga Chaitanya who got married to Samantha Ruth Prabhu.

After the birth of Chaitanya, both got a divorce in 1990.

Amala Akkineni is now his current girlfriend and both seen in a few movies, after that both get married in 1992, they have a son named Akhil Akkineni.

2 National Film Awards, One is for the Best Feature Film in Telugu, Movie-Ninne Pelladata in 1996 and second for the movie Annamayya in 1997 as a Special Mention Actor. 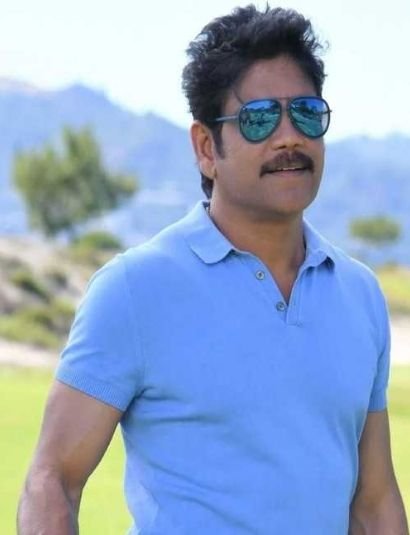 He also devotes his precious time to animal welfare and HIV/AIDS-related campaigns.